AC/DC legend Brian Johnson has been making music in the studio with Eagles guitarist Joe Walsh.
The long-term buddies joined musical forces in London the day before today,

If you don't follow Eagles guitarist Joe Walsh on Instagram yet, you might want to consider doing so, because it was where he revealed he was making new music with AC/DC singer Brian Johnson.

Joe took to his social media channels to post a photograph of himself with Brian Johnson, writing: “tremendous day making music with my antique friend Brian today in London. We nailed it! Love ya man!” 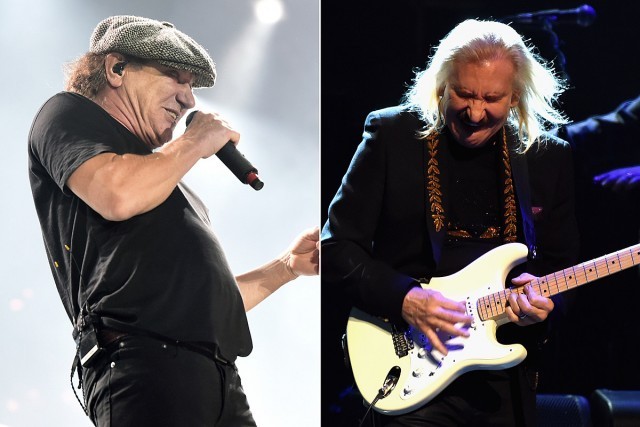 No further info of the musical collaboration had been discovered, but enthusiasts have speculated that it could be a recording of an impromptu track they made when Walsh featured in an episode of Brian’s tv series ‘A Life on the Road’ earlier this year.

The fifth episode of the second series of the Sky Arts show saw Joe and Brian hastily prepare a song about life on the street whilst sat in the back of a limousine.

In Episode 5 Season 2 of Brian Johnson’s A Life On The Road @BrianJohnson meets @JoeWalsh in the back of a limo.
Joe brings his guitar along so Brian writes a song.
A bit of tweaking and this could be a potential @acdc song. pic.twitter.com/GFOksvlkg7