The former Arsenal manager accepted FIFA’s offer more than two months after it was first reported, and one week after talks with Bayern Munich about the German champion’s vacant head coach job. 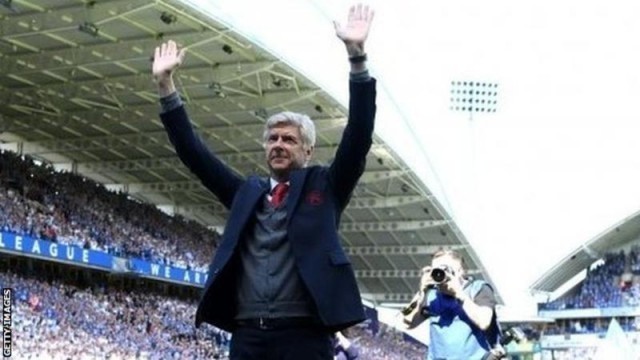 Wenger has worked as an analyst for broadcasters since leaving Arsenal last year after 22 seasons.

The 70-year-old Frenchman will now be a member of the technical panel of the International Football Association Board, and chairman of Fifa's technical study group.

FIFA Chief of Global Football Development Arsene Wenger commented: "I very much look forward to taking on this extremely important challenge, not only because I have always been interested in analysing football from a broader perspective but also because FIFA’s mission as world football’s governing body is truly global. I believe that the new FIFA we have seen emerging in recent years has the sport itself at the very heart of its objectives and is determined to develop the game in its many different components. I know I can contribute to this objective and will put all my energy into this."

President Infantino said: "Arsene Wenger’s profound knowledge and passion for the different aspects of our game sets him apart as one of the most respected personalities in football. I am delighted to welcome him to the team. Since I arrived at FIFA, we have placed football at the centre of our mission, striving to learn from those who know the sport inside out: Arsene is someone who, with his strategic vision, competence and hard work, has dedicated his life to football. His arrival is just another example of how we keep strengthening our purpose to bring FIFA back to football and football back to FIFA."