Snapchat is checking out out a major new redesign which would expand the app from 2 to 5 definitively separated sections, and add a black navigation bar along the bottom of the display.

Snapchat is testing a redesigned version on Android and iOS, reports The Verge, citing screenshots shared by tipsters. 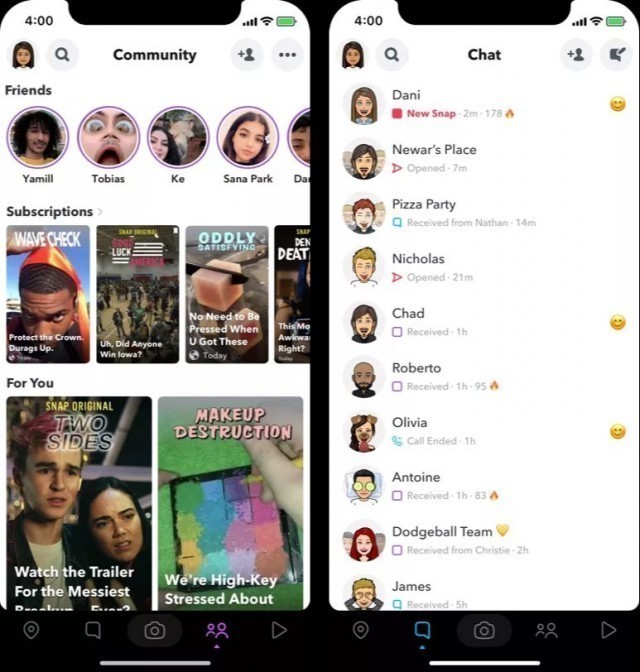 Snapchat appears to be trying out a major new redesign among a small group of users. The redesign would carry 5 distinct sections in all and a brand new navigation bar at the bottom of the app.

As reported by Casey Newton, and as you can see in the above images, the new navigation bar have five sections.

There's no clean phrase on whilst this massive redesign will roll out to all users. Considering the fact that it's presently being tested, it is obvious that Snap may or may not go ahead with all the changes.