Rihanna and Jack Dorsey, are teaming up to help victims of domestic violence in Los Angeles affected by the stay-at-home order during the coronavirus pandemic. 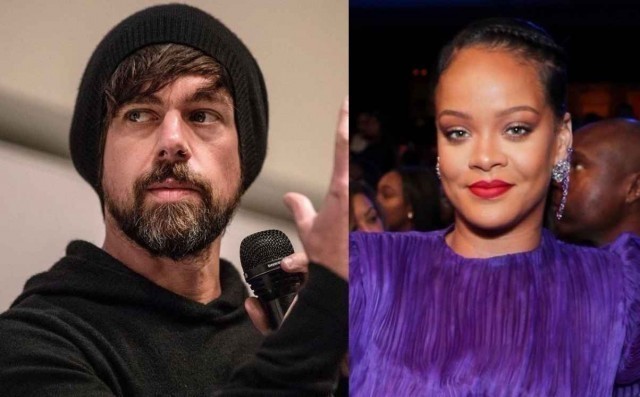 Rihanna’s Clara Lionel Foundation (CLF) and Jack Dorsey have teamed up to help victims of domestic violence in Los Angeles during the COVID-19 stay-at-home order.

The singer's CLF and the Twitter/Square CEO have each committed to donating $2.1 million, which will cover 10 weeks of expenses for domestic violence victims and their families. As per press release, the $4.2 million grant will provide housing and food for approximately 90 victims every seven days, "with an additional 90 victims every week thereafter for 10 weeks." Applicants and their families will also receive access to counseling.

We're joining forces with Twitter/Square CEO @Jack today by co-funding $4.2 million grant to the @MayorsFundLA to address the current crisis for domestic violence victims in Los Angeles as a result of the COVID-19 Safer at Home Order. #startsmall #CLF pic.twitter.com/JKoKb60N3n

Earlier this week, Jack Dorsey announced that he was allocating $1 billion of his equity in Square to help fund COVID-19 relief efforts.

In March, CLF announced $5 million in grants to on-the-ground partners working on the front lines of the coronavirus response to protect and prepare vulnerable and marginalized communities in the U.S., Caribbean and in Africa.