Caleb H., the 5-year-old drummer who went viral earlier this week with a video of him air drumming along at a Slipknot concert 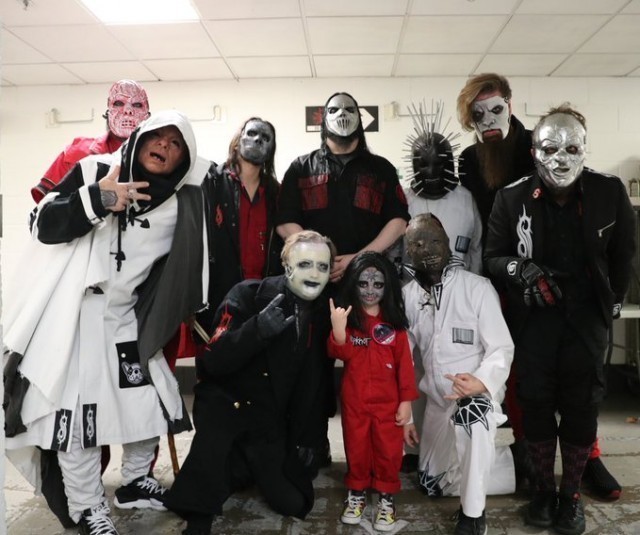 Caleb H. has been playing drums since the age of two, and has received a reward most worthy of his talents as he was invited to hang out with the band at their January 24th at the Arena Birmingham in Birmingham, England.

Jay Weinberg even brought him onstage to throw some drum sticks into the crowd with him.

This little kid is 5 years old, didn’t miss a beat all night. So sick! pic.twitter.com/RU2GJWdVPJ