Australian Broadcaster Eddie McGuire is claiming AC/DC will be releasing new studio album and will be touring Australia with Brian Johnson in October or November 2020. 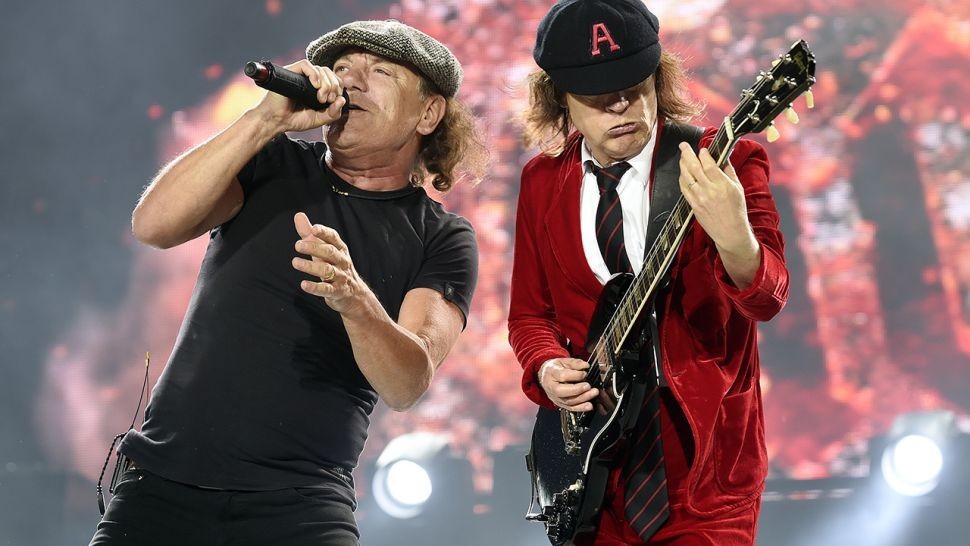 Australian broadcaster Eddie McGuire claims that AC/DC will release their new studio album in the coming weeks – and back that with a tour in late 2020.

McGuire made the comments on Melbourne’s Triple M Hot Breakfast show, saying: “There has been speculation, but my mail is there will be a new album released by AC/DC in February or March this year, but also that AC/DC will be touring Australia in October or November 2020.

AC/DC themselves have made absolutely no comment on their future, however speculation about new activity was fuelled when photos emerged online in August 2018 of Brian Johnson, Phil Rudd and engineer Mike Fraser outside Vancouver’s Warehouse Studios where Stevie and Angus Young were also spotted that week.

In April 2019, US radio host Eddie Trunk reported: “I have sources that have told me that they are absolutely going to tour with Brian back again. That’s all unconfirmed from their camp, but I had it from some reliable sources.

“I think it’s pretty much a done deal that AC/DC, at the very least, are going to release some sort of record and it’ll be some sort of tribute to Malcolm Young, just like Back In Black was a tribute to Bon Scott.

“So I have no doubt about that, and I’m pretty confident they’re probably going to do shows as well, but I think at this point it’s pretty much just when they announce it.”